Since 2018 I’ve been less involved with Ultimaker, the company I ran with my co-founders. While I really miss the amazing people there and the vibrant atmosphere, Ultimaker has “grown up” to a point where I feel like I can contribute less. I’ve always enjoyed the early pioneering stage the most, where you don’t know what’s going to work and where you’re going to end up. I’m still a shareholder and still very interested in 3D printing and I’m also still running the 3D sharing platform YouMagine.com. But that’s about it. Of course, it’s with mixed feelings to let “my baby” go a bit more. But for me, the bigger the company became, the less time I had to actually 3D print or tinker myself. Sometimes I felt like the people in R&D had the job that I would have wanted for myself.

Now this allows me the space to finally start tinkering again and explore new fields that I’m excited about. I’ve always been interested in machine learning, blockchain, IoT and wearables and I have a special interest in sustainability, including electric mobility and renewable power generation. I’ve been driving a Tesla since 2013 because of the importance of their mission to accelerate the transition towards sustainable energy (plus, they make a “21st century” car, unlike other carmakers).

Two sustainability projects in particular are probably worth mentioning.

One of the best things about an EV is that you can plug in at home and begin each day fully charged, no more trips to the gas station. Especially with a cable already connected to your charger, this is an extremely simple setup.

I’ve created a EV charging system for myself with some special benefits. If I would buy two “dumb” chargers, I would basically spend more money and have a big problem: if the two cars charge at the same time, my main breakers will trip (and the utility needs to come replace these, with costs associated). The utilities charge 600 euros per year just to have slightly heavier breakers, more than the entire on-time costs of this multiplexing setup!

My goal is to limit the total current but still have control over which car gets priority and when things will start to charge. So, I built something for myself. In essence, I’ve built a “charging aware” multiplexing system based on Arduino (in a nice enclosure called the Industruino). I can also configure it to only charge when the solar array is generating power, or any other scheme I can come up with in the future. Another cool thing about it being connected to ethernet is that it can be controlled by voice through Google Assistant. The system can be scaled to more than two, but in my case a dual charger is enough.

At home I’m charging on solar power from my roof, but most public EV chargers are only connected to the grid. Together with a few nice people from Culemborg, we’re now planning & building EV charging plaza’s covered with a large solar array. The first one will be in Culemborg. There, you can park under the solar array. There are several benefits: 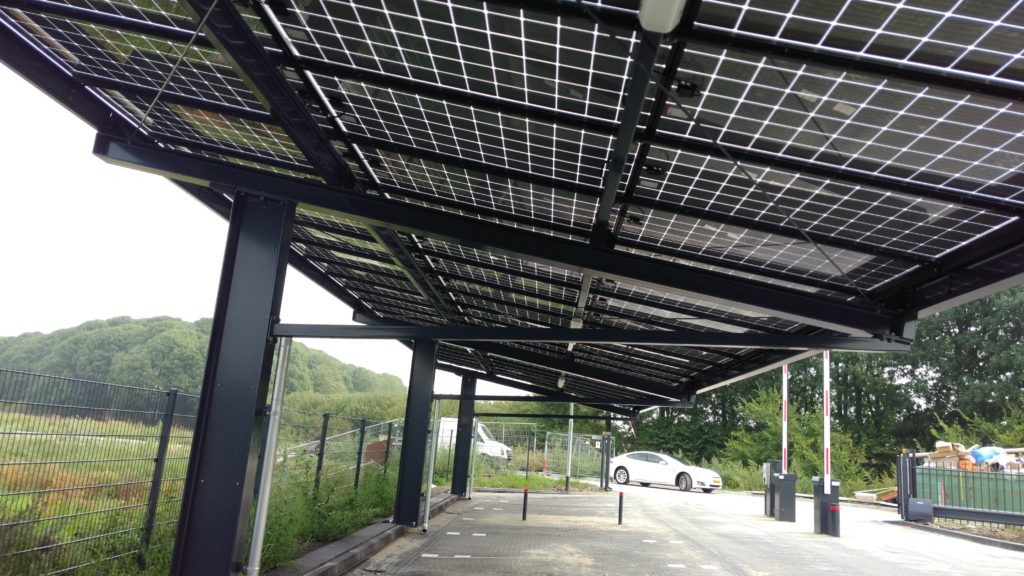 This is an example of what the charging system will look like (coming to Culemborg, the Netherlands) 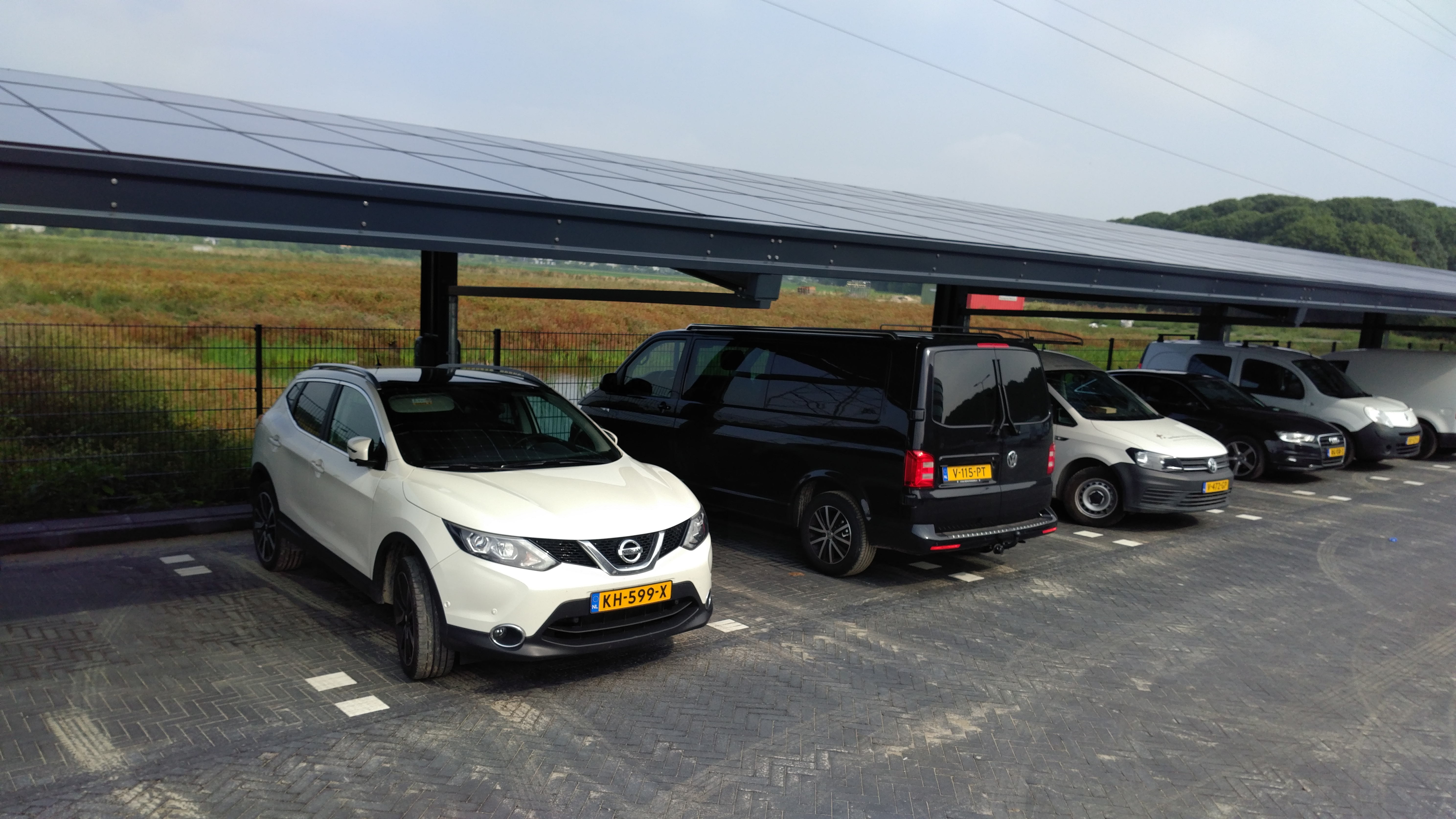 In the case of the Culemborg system, it is financed by the neighborhood so they can use it and reap both financial benefits (cooperative). Also, using the chargers will increase the return on investment, so this is another good reason to drive an electric car! We’re also combining this with a electric car sharing system called “CoöperatieAuto”. This means you can easily find a shared electric car, open it, and start a “session” by just driving off. You can also book a car in advance. The car sharing software is also built in a cooperative, in spirit close to how open source development works.

Future plans include flexible pricing (based on solar output), improvements to the grid quality of the neighborhood and adding stationary storage (a large battery to store solar energy and reduce peak demand on the grid).

This will make an already green neighborhood in Culemborg even more energy independent and sustainable!

Oh, and one more thing…